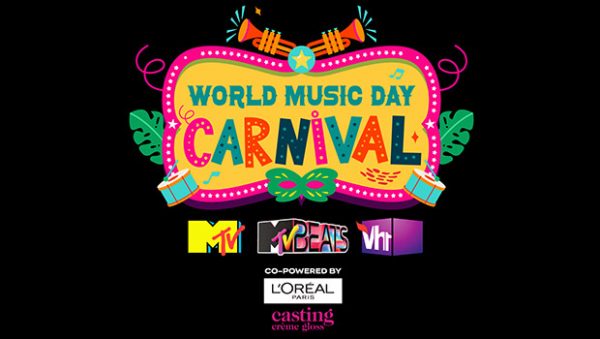 Viacom18’s youth entertainment and music channels, MTV Beats, Vh1 India and MTV, have jointly curated an extravaganza on World Music Day. Bringing together a mélange of artists, genres, languages and moods, World Music Day Carnival is expected to be a one-hour special.

Airing on June 21 at 12 pm and 4 pm on MTV Beats and Vh1 India, and at 1:30 pm on MTV India, this is every music-lover’s ticket to magical musical moments.

The carnival promises to live up to its name and give music-lovers an amalgamation of dynamic musical ‘rides’ with sensational performances by the likes of Papon, Aastha Gill, Nikhita Gandhi, Osho Jain, Payal Dev, Millind Gaba, Shashaa Tirupati, Raghav Meattle, amongst others.

The special episode comprises of in-person and virtual performances, with fetes of music and interactive games. Singers and twins, Sukriti and Prakiti Kakar who have carved a niche for themselves in the music industry themselves, will host this special while having candid conversations and playing fun carnival-based games with the performing artists, while also spilling the beans on their inspiring musical journeys.

Aoneha Tagore, Senior Director – Programming Head, MTV Beats and Vh1 India, Viacom18, said, “The World Music Day Carnival is our special way at MTV India, MTV Beats and Vh1 India, of honouring the powerful and universal language of music. With India’s diverse musical fabric at its heart, the specially crafted episode brings together acclaimed artists, across genres, in a unique format that not just entertains with its exceptional performances, but also dives deeper into their musical trajectories in a fun and irreverent way. Music is the purest therapy for the soul and I am confident that music lovers across the board will enjoy this music carnival.”