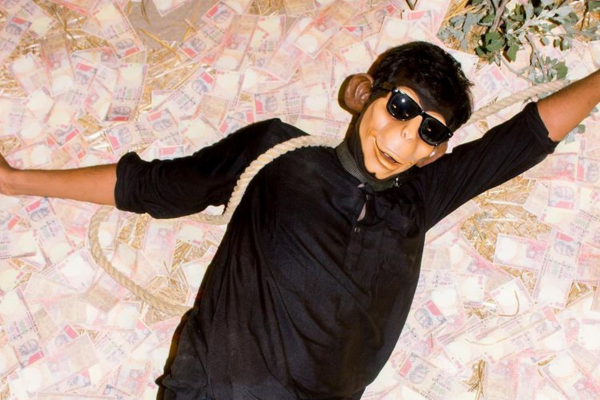 A change in the music scene of a country comes every now and then. However, in India, things are a little different. Bollywood has pretty much entirely monopolized the music scene of our country and there is absolutely no escaping it. Arijit’s songs that makes everyone feel the ‘Dard’ (heartbreak) and then Badshah’s song which just makes us vibe and not give a damn about anything has taken over our radio stations, clubs and almost all music streaming apps. No matter where you go, you will be bombarded with the same kind of music and there is just no way out.

But does this mean there’s no hope for something different? Or are we just not making efforts to look around and explore?

Turns out, the independent music scene in India is rising like the mercury in Indian summers and it actually looks really amazing.

In India, independent music means various things to different people. For others, it’s musicians who don’t have a record label or a production house backing them up. Others keep it clear – is it non‑Bollywood? You’re in, cool! Welcome, welcome aboard! The scene is also extremely vast ‑ From dream‑pop duo Parekh and Singh, electronic music star Nucleya, Peter Cat Recording Co. based in Delhi, the serene voice of Anuv Jain, to Hindi musicians such as Shirely Setia, Darshan Raval and the music band Sanam, who have taken over YouTube. That’s not even counting the separate regional music scenes, mainly independent Punjabi music. And it’s not just Kuhad, India’s Indie music scene is rocking!
Music in India is so much more than just Bollywood. And today when most songs are just being remixed, here’s a refresher. Consider them Underrated artists or not, their music takes us to another world and they should be on your Spotify playlist. And if you thought the independent music scene of India was just limited to the Indian Ocean, wait till you go through this list.

NO. 1
Osho Jain
Osho Jain is a singer/song writer from Indore who has been making some amazing music from Indie Fusion. He often combines socially important subjects as well as Hindi and Urdu literature into his songs. His “Khush Toh Hai Na” song is one that’s going to make you fall in love. While always delivering a powerful message, his music is soulful and it deserves so much more respect.

NO. 2
When Chai Met Toast
The Kerala based band began with Ashwin and Achyuth. Later Pai Sailesh and Palee Francis joined the duo. Their songs are in English with a few lines of hindi and tamil. Some of their songs include beautiful world, khoj and believe. YouTube has given us the opportunity to discover this great indie‑band. Once you listen to them, you’ll be playing their songs on loop.

NO. 3
Taba Chake
Taba Chake is an indie music artist from Arunachal Pradesh currently living in Mumbai. Nature, birds and tribal folklore inspire his music. He writes and performs in four languages, Assamese, Nyishi, Hindi and English. His songs will make you realise that language isn’t a barrier when it comes to music. No matter which language it is, you will cherish each melody.

NO. 4
Parvaaz
Parvaaz is a Bangalore based Rock band formed in 2010. The band members; Khalid Ahmed, Kashif Iqbal, Fidel D’Souza and Sachin Banandur, create some amazing music like, Shaad, Soye Ja and Dasht‑Ba‑Dasht. The band has a niche audience who love their unique style that showcases their own version of progressive/psychedelic rock. If this style of music is something that you crave for, you should definitely listen to music by this Indian Band.

NO. 5
Sandunes
This electronic music project belongs to Sanaya Ardeshir, a Mumbai‑based producer, composer & synth player. Her early influences come from jazz and blues, and her stint at the London underground music scene has defined her music. Her music blends various organic and electronic elements with a unique South Asian feel. You should definitely listen to her tracks.

NO. 6
Parekh & Singh
Parekh & Singh are an Indian dream pop, pastel‑suited neo‑psychedelic duo from Kolkata. Consisting of Nischay Parekh (vocals, guitar, synths) and Jivraj Singh (drums, electronics). Best friends, neighbours and band mates, they find inspiration from the city they call their own: Kolkata. They produce music that sounds distinctly un‑Indian, as though it could have been produced in any part of the world.

NO. 7
Peter Cat Recording Co.
Peter Cat Recording Co. is a Delhi‑based band looking like an indie band but sound like Dean Martin, weird isn’t it? The band consists of five members: Suryakant Sawhney, Karan Singh, Dhruv Bhola, Rohit Gupta and Kartik Sundareshan Pillai. They’ve experimented with jazz, ambient, electro – you name it, and they have succeeded each time.

NO. 8
Lifafa
Peter Cat Recording Co. frontman Suryakant Sawhney’s solo project is Lifafa. Lifafa provides a combination of components of acoustic folk and old‑school disco, layered with a baritone voice that can both be nervous and meditative. A stunning listening experience indeed!