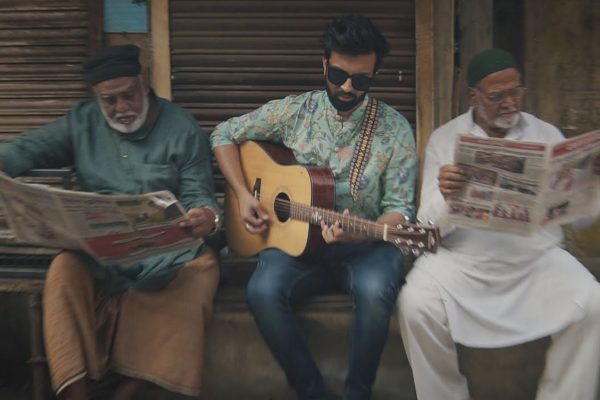 Indore-born Osho Jain is the sole member of the musical group, The Osho Projekt.

Singer-Songwriter Osho Jain’s new single Allah Shankar attempts to take a stand against religious extremism. A dangerous fight in the name of religion is on course, Jain warns in the acoustic-pop song that could remind listeners of the band Indian Ocean’s oeuvre.

A video released last week has Jain strumming the guitar and performing the song on busy streets in Indore and Ujjain in Madhya Pradesh. Pritesh Patel has directed, shot, and edited the video. Jain is the sole member of the group he calls The Osho Projekt, which went live in 2015.