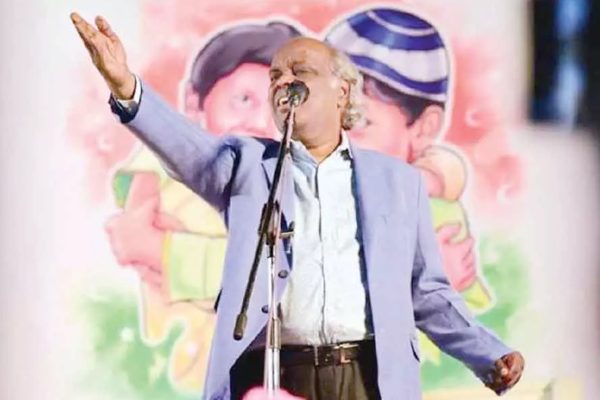 Complementing the musical legacy by the legend, are vivid paintings by prominent artists like Gogi Saroj Pal, Sanjay Bhattacharya, Asit Patnaik, Jagannath Paul, Laxman Aelay, Partha Bhattacharjee, Soni Khanna, Sidharth and Mukesh Sah. “Dr Indori was famous for his fearlessness with words and his way of expression. There are so many treasures that he had left behind for us. We felt it was important to celebrate his life and do something fitting from not just Songdew but the music industry.

It is amazing to see these musicians and artists coming together and creating brilliant compositions and paintings. We are sure that this initiative would make millions of fans of Rahat Sahab, once again relish his timeless writing in a completely new way and will keep inspiring the generations ahead with his writing” said Sunil Khanna, Founder of Songdew.com and Songdew TV. The indie music network has also published the a music book on Dr Rahat Indori, which contains all his writings composed by musicians, and the paintings created by the artists and the QR code of all the compositions.

According to Faisal Rahat, this concept explores the three art forms – poetry, music and art which have been an integral part of Rahat Sahab’s life and legacy. “All the artists and musicians associated with this project have done outstanding work for this project. This tribute would be a priceless gift to the millions of fans of Dr Indori.”